What the Data Says About Your Premise

The “promise of the premise” has been a film industry jargon for a long time. It has also stood the test of time, however it has never really gotten the attention it deserves. What does it mean? How do you deliver that promise? And what the data says about those who can deliver.

I think we can all agree that every film has a timeline, from minute 0 to – let’s say – 100. This timeline is always representative of a window of opportunity for the characters (in particular the protagonist) to accomplish some ends, or pull themselves out of a crisis. The promise of the premise, in some basic sense, suggests that the window of opportunity exists for the hero to pursue a particular endeavor. That’s not so complicated and makes total sense.

In the Scriptmatix system, we refer to this concept as the conceit, which comes to us from traditional literary and dramatic theory; the “conceit” of a work is often referred to as the “ideas” or presuppositions that a reader needs to accept in order to Buy In or Suspend Belief.

At Scriptmatix, our use of this concept is perhaps a bit more specific. We’ve identified 16 conceits or – let’s call them – “story types” – and these types of stories are designated by the type of dramatic window a writer makes available by the premise.

This idea is important because to engage with the promise of what type of story the writer is telling is to frame in the mind of the reader some mental conjectures and expectations of “where things are going.” So when you get an script analysis from Scriptmatix and your screenplay is said to indicate a subjective emphasis on a particular conceit, this means that the you have established a certain infrastructure which both promotes buy in and governs mental engagement by way of the manner in which your opening pages creates expectation.

Now, the degree in which your promise of the premise is delivered has a lot to do with the success of your screenplay. The data is very clear that when a script promises a type of story, and pays off that promise, the reader is more engaged throughout. If we map this onto movies (which were once the best screenplays to circulate the market), we can see those successful movies all follow this principle. In Jumanji 1995, we have a “danger resolution” conceit because there’s a clear and lurking danger that must be placated or “take-over” in order for the narrative to conclude. Why does the audience expect this? Because the opening minute present us, as a clear as day, a dangerous boardgame and our expectations are set to expect this danger to come into play and disrupt the hero, Alan. One more example – In American Beauty, we have a “Revolution” conceit that suggest the narrative will conclude with a reform or rebirth that has either been completed or stifled. This is evident through the opening minutes as Lester overtly tells us that he needs to take his life back and change because he’s sick of being sedated and pushed around. As an audience, we expect – and are pleasantly entertained – by Lester as he does exactly that and takes back control of his life.

This seems to be intuitive as most conceits become apparent in the opening pages – never really past the 15-page mark. It is the unifying framework of the narrative as the basic task of this Promise of the Premise is to convince the reader/audience that these characters are collectively organized and made germane insofar as they can contribute towards the expected outcome. They circumscribe or indicate the basic boxes or sets of parameters the narrative is operating within.

Finally, creating expectations isn’t a mere triviality or formality; the data shows us clearly that stories without clear conceits tend to suffer because it becomes too difficult for a reader/audience to”track” what the source of tension – and the writer’s objective – truly is.

Script Analysis Facts That Should Worry You

How Your Script Is Evaluated 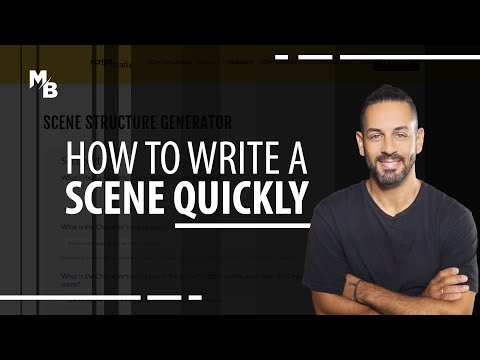 Professional screenwriter shows you how to write a scene quickly

How We Experience Cinema

Screenwriters STOP! It’s all a SCAM!